On The Path of the Immortals - Part 6: Orbs, V-Shaped Craft, & Bradshaw Ranch 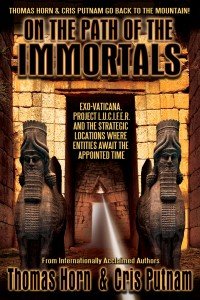 Located twelve miles outside of Sedona is the famous Bradshaw Ranch. It got its name when Hollywood stuntman Bob Bradshaw acquired the 140 acre ranch in 1960 for $200 an acre. At that time, all that remained of the original homestead was an old adobe house believed to be the oldest pioneer structure in the area. When he wasn’t working in the movies, Bradshaw turned the property into a working ranch and movie set.

The Western town set on the ranch served as the primary location for five movies, two television series, and many commercials. In total, over fifty full length motion pictures were shot in the area.[2] An original Marlboro man (who didn’t smoke), Bradshaw was a stunt double for many leading stars, including Jimmy Stewart, John Wayne, Robert Mitchum, Beau Bridges, Kenny Rogers and even Elvis Presley. The “Crocodile Dundee” (aka Paul Hogan) Subaru commercials were mostly filmed at the ranch, as well as many other commercials and photo shoots.[3]

Vegetation in the area consists primarily of pinion pines, juniper trees, Arizona cypress, cottonwood trees, mesquite trees, prickly pear cactus, agave cactus, sagebrush, and tumbleweed along with various other shrubs and bushes.[4] Trees only reach around twelve to fifteen feet and most are scrubby and bush-like. The western town of Hollywood fame was torn down by the forestry service but the ranch house and round fenced livestock fields can still be seen on Google earth. Lately, the most photographed part of the ranch is the locked gate.

John Bradshaw, Bob’s son, explained why he originally started “A Day in West” tour business. “In 1997, the property taxes on my dad’s ranch jumped from $2,500 per year to $25,000, I developed the jeep tour business as a way to help bankroll the purchase of the ranch.”[5] At that time, tourists spent a full day on the still working ranch or classic western movie set. Folks so inclined, could even play cowboy for a day on horseback. A Day in the West quickly became a popular attraction.

Nevertheless, the property was acquired by the US Forestry Service in April of 2001 for $3.5 million dollars.[6] What remains unexplained is why the federal agency has forbidden access to the taxpaying public (who paid for the land) since May 10, 2003.[7] The word on the street in Sedona is that the government is covering up a virtual invasion of interdimensional entities coming through a wide open dimensional corridor. While some may doubt, dimensional corridors are held by physicists to be possible. In fact, the Bible describes gates and doors (studied in depth in our upcoming book On the Path of the Immortals) beyond which both good and evil intelligence exists and that, at times, come through these doorways into our reality. Astrophysicist Hugh Ross, gives a scientific explanation: “If a black hole connected to one sheet of space-time in the universe happens to make contact with another black hole connected to a different sheet of space-time, that point of contact may (hypothetically) offer a travel corridor.”[8] Interestingly he has also pointed out the occult connection to residual (unexplained) unidentified flying objects (RUFOs): “Observations reveal that professional astronomers deeply involved in cultic, occultic, or certain New Age pursuits often see RUFOs, whereas professional astronomers who stay away from such pursuits never encounter RUFOs.”[9] Perhaps this data is explained by the fact that occult and New Age activities potentiate interdimensional portals?

In magical practice such passages are assumed. A local occultist, David Miller, explains that, “Corridors are tunnels of energy connecting the fifth dimension to the third. In a sense, they are interdimensional, they exist in neither dimension yet connect to both. … There are many corridors in the Southwest, including around Sedona and the Grand Canyon.”[10] Other areas include the San Luiz Valley CO, Skinwalker Ranch UT, ECETI Ranch WA, Yakima WA and Mount Shasta, CA.
We believe the case for extra dimensions, made in Exo-Vaticana and bolstered by the upcoming book sequel and SkyWatch TV Special Investigative Report (On the Path of the Immortals), supports identifying the most active hotspots as entry zones. If finding such a gateway is a possibility, then Sedona’s Bradshaw Ranch on the tip of the ancient Anasazi settlements, was one of our candidates. After living on the ranch for two years, Linda Bradshaw observed:

I believe these openings have always been on our plane and they’ve perhaps been the portals to allow others in, but if one were to ask my opinion of my experiences regarding this magical place, I would say that not only are they being allowed in, but they are coming in in great numbers. I would also love to say that only compassionate beings of light are scooting through these portals, but this does not always seem to be the case. I have come face to face with a few decidedly nasty beings.[11]
Her appraisal is refreshing because interdimensional entities are usually discussed in the glowing terms of a New Age. We were also encouraged that the former Mrs. Bradshaw (who now goes by Linda Ball) prudently aligned with the God of the Bible, offering this advice, “…it is important that one declares his or her position (who one is and whom they serve) and knows this to be true.” And then finishing with Isaiah 6:3 ‘Holy, Holy, Holy is the Lord God of Hosts.’”[12] It’s difficult to dismiss her testimony because she displayed good instincts. For example, after an encounter with the Greys she remarked, “They did not leave me with a good feeling.”[13] Bradshaw Ranch or not, a negative assessment of the greys should come as no surprise to our readers.

Over a decade ago, co-author of the upcoming On the Path of the Immortals, Tom Horn wrote, “This is what I was talking about from the moment I mentioned time-dimensional doorways, and the entities that can and do move through them. Since the beginning of time and on every continent of the world the record bears the frightening image of those who often come through.” While the entities change over time, the similar features (like an overly large head) are remarkable.