Every now and then a story hits the news that's so bizarre but true that you feel like you are reading an Ian Fleming novel...now you know where the movies get their story ideas... 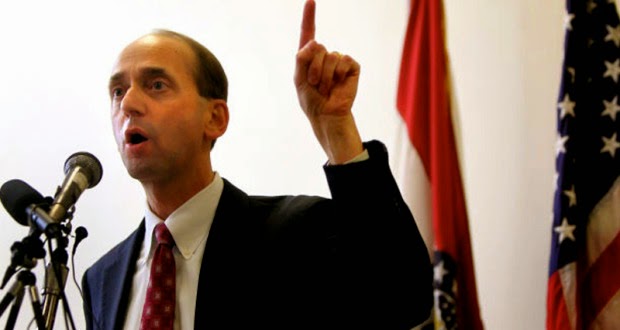 If you've been following the story of the mysterious bankster deaths, you'll recall that I recently blogged about the death of Missouri state auditor Tom Schweich, who, according to the official story, committed suicide over his distress that his Jewish ancestry might be "outed" by political opponents.
My own take on Mr. Schweich's untimely death was that he was "suicided," and not for his Jewish ancestry. Recall that Mr. Schweich had scheduled a formal press interview mere minutes before his suicide. This in my opinion, plus his position as a state auditor, means to my mind that Mr. Schweich may have had, and in all likelihood did have, access to anomalous financial data which he may have intended to expose. An individual in his position would have access to financial numbers both from the private sector and from the government sector - at both state and federal levels - that few would have.

Now, as if to fuel the fire of such speculations, there is another death, directed related to Mr. Schweich's:

There is so much here that screams for attention one barely knows where to begin. But consider this statement, which would be humorous for its bald assertion counter to what rational inference would indicate, were it not for the sad circumstances surrounding it:

"On Monday, police confirmed that Jackson had shot himself in an apparent suicide — marking a second, stunning jolt to Missouri politics, though police declined to say whether the deaths were directly related." (Emphasis added)

Read the rest of this article at -  http://gizadeathstar.com/2015/04/more-death-surrounding-missouri-state-auditor-tom-sweich/
Posted by Unknown at 12:45 AM