Fear of Conscience in the USSR 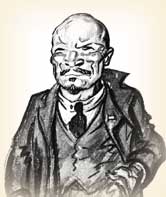 Tyrants fear faith. Their greatest hatred is reserved for those forms of Christianity which teach people to obey conscience. With reason. Few world systems can stand the scrutiny of Biblical faith. Wherever scripture liberates minds, laws are transformed and governments forced to yield or fall. For example, in early centuries Christian tenacity compelled Galerius to issue his edict of tolerance ending the Diocletian persecutions. Quaker determination moved England to allow individuals to practice conscientious objection to war. Baptist die-hards are largely responsible for the adding of the Bill of Rights to the United States Constitution.

Of all world systems, perhaps Communism has most reason to fear Christianity. Its atheism is diametrically opposed to faith, and Marxist tenets are in large measure nothing but pale imitations of Christian doctrine and eschatology.

In Russia on the 23rd of January, 1918 the Bolsheviks issued a decree separating church and state. This was welcomed by evangelical Christians, who had suffered terribly under Orthodox persecution. Under Lenin, a certain amount of freedom was allotted to Christians. That changed after his death.
Teaching of religion in schools, private or public, was prohibited. The Soviet constitution favored atheism. "Freedom of religious worship and freedom of anti-religious propaganda are recognized for all citizens." Church buildings were confiscated by the state and rented back for sums beyond the ability of congregations to pay. House churches were outlawed. Bible printing became illegal. Preachers were denied ration cards. "You are nonproductive citizens," they were told. If congregations wished to support their pastors, they first had to pay an exorbitant tax, greater than the minister's salary. Poor people could not do this. Christians who refused to obey these laws were sent to labor camps where many died. Every impediment to worship which could be contrived was introduced. In spite of this, pockets of faith survived. "Suffering is testimony to Jesus," said Christians. And rather than pray that their sufferings be relieved, they prayed for strength to bear up under them.

On this day, April 8, 1929, a terrible new regulation came into force. It was aimed directly at activities and beliefs which give evangelicals their edge: love and outreach. The new regulation stated: "Religious associations may not (a) create mutual credit societies, cooperative or commercial undertakings, or in general, use property at their disposal for other than religious purposes; (b) give material help to their members; (c) organize for children, young people and women special prayer or other meetings, circles, groups, departments for biblical or literary study, sewing, working or the teaching of religion, etc., excursions, children's playgrounds, libraries, reading rooms, sanatoria, or medical care. Only books necessary for the cult may be kept in the prayer buildings and premises." So much did the Communists fear Christianity that they tried to strip them of the common expressions of humanity.

Bibliography:
Read this article at -  http://www.christianity.com/church/church-history/timeline/1901-2000/fear-of-conscience-in-the-ussr-11630747.html
Posted by Unknown at 1:59 AM