Plan to Sequence the Genome of Millions Gets Boost from Obama Administration - Are They Looking for Descendants of the Nephilim?

I'll let the article flesh out the speculation, but the altered headline says it quite nicely... 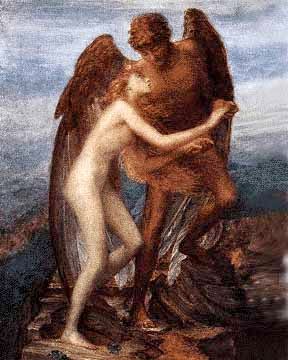 The article concerns recent decisions of the Obama administration to fund a massive human genome sequencing project to gather DNA samples from millions of people, and then to archive these in a database:

U.S. to Develop DNA Study of One Million People An Obama initiative seeks to channel a torrent of gene information into treatments for cancer, other diseases.

The aim here, ostensibly, is to develop a new paradigm of medicine, one that abandons the current paradigm of "one size fits all," and that taylors new genetically-based therapies directly to the individual:


"Precision medicine refers to treatments tailored to a person’s genetic profile, an idea already transforming how doctors fight cancer and some rare diseases.
"The Obama plan, including support for studies of cancer and rare disease, is part of a shift away from “one-size-fits-all” medicine, Jo Handelsman, associate director for the White House Office of Science and Technology Policy, said in a briefing yesterday. She called precision medicine “a game changer that holds the potential to revolutionize how we approach health in this country and around the world.”
"The White House said the largest part of the money, $130 million, would go to the National Institutes of Health in order to create a population-scale study of how peoples’ genes, environment, and lifestyle affect their health."(Emphasis added)

As we've pointed out here many times, the new medical technologies - from genetically based therapies to nanotechnologies - do have the potential to change the basic paradigm of medicine very dramatically. But the technology has another implication, one hinted at the very end of the article:


"David Goldstein, director of a new institute for genome medicine at Columbia University, called the Obama plan part of an irreversible drive toward obtaining more and more complete genetic information on people as part of routine medicine. 'The writing is on the wall,' Goldstein said. 'We are all going to be sequenced; the question is just who does it and what is done with it. The challenge will be to do good things with the data.'” (Emphasis added)

Indeed, again, note the push here: We are all going to be sequenced. There is no debate, no ifs ands or buts. In the light of our blog about the chipping being done in Sweden at a Swedish firm, the portent and implications here are obvious: imagine those chips being made to interact on an individual basis. Or worse: Imagine one's genetic date being used not to create individual-specific or individually-target therapies, but rather, as Goldstein hints,being used to create a kind of "genetic bullet" specific to one individual, or even a particular family, targetable perhaps to "x" members of the wider family.
But then there occurs this intriguing bit of commentary:

"Officials indicated that patients might have more access to data generated about them than is usually the case in research studies. That is partly because scientists will need the ability to re-contact them, should their genes prove interesting." (Emphases added)

"Interesting" is a word that can do all sorts of duty in this context, and I suspect, in my high-octane speculation of the day, that my old intuition that I've long held with respect to genetics research is true, namely,  that under the cloak and cover of "genetic research" for "medicinal purposes", or even under the guise of covert genetic research for "bio-weapons research purposes", something very different may ultimately lie at the core of the elite's push to gather a large human DNA database. That something would be, via the techniques of mapping humanity's genetic history, the elites are looking for something, for the confirmations - if any - of those old stories of the gods coming down from heaven and siring chimerical human offspring, and perhaps even looking for confirmation of their own families' ties to those stories. To fill in those stories with any sort of reliable genetic confirmation would have to drastically expand the database on which current genetic histories of humanity's various haplogroups are reconstructed. Those studies have been based on narrow samplings of populations around the world. But add millions of samples from around the world, and those histories could not only be expanded, but given a great deal of detail. If this speculation is anywhere close to the truth (and it's a mighty big if), then one should expect that similar studies of miilions of people will be undertaken, not just in the USA, but around the world. If, suddenly, say, the Japanese government decides to do the same with millions of Japanese, and Indonesia and India and Russia the same, then, perhaps, we'll have a little more of an indicator that the high octane speculation might actually be the case.

Read this article at - http://gizadeathstar.com/2015/02/plan-sequence-genome-millions-gets-boost-obama-administration-high-octane-speculation/
Posted by Unknown at 1:06 AM