I think if it's that slow, which this one is, then it's not really a fireball (moderately large space rock), it's something other, but what that "other" is, I can't say... 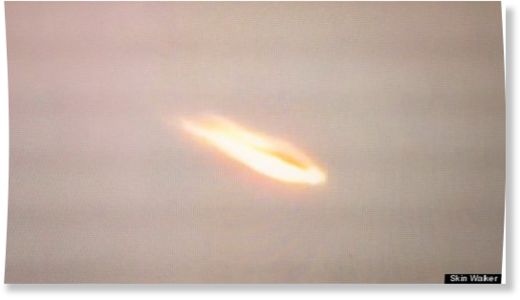 A bystander has caught video of a mysterious floating fireball that appears to hang over the sky in Argentina. With no explanation available many are claiming it to be a UFO.

The video was actually taken at the beginning of January but has only just been uploaded onto the internet. According to UFO Sightings Daily, local residents in Frías spotted the fireball and at first believed it was nothing more than a meteor.

Of course meteors move at very high speeds when entering the Earth's atmosphere and so tend to appear and disappear in seconds.