Blood, Life and the Soul - Acts 15 - The Jerusalem Council 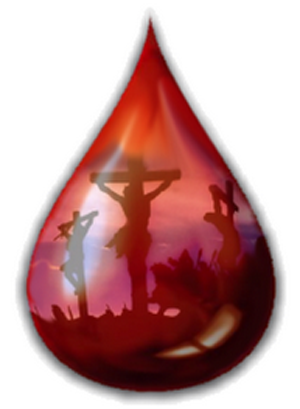 Acts 15:1-6 sets the stage for the Jerusalem Council.  Certain men of Judea who were Jews but not Christians (as they did not hold to the doctrine of salvation by grace through faith – see Paul’s defense in Galatians 2) came to the Church of Antioch and began to spread the lie that the men must be circumcised, as prescribed by the Mosaic Law (Genesis 17:10-17), or they could not be saved.   After much dissension, Paul and Barnabas go to Jerusalem to settle the matter before James and the apostles who were residing there at that time.


In verses 7-12 Peter makes a defense of two key points for the early church.  First, that God had directed the gospel to be preached to the Gentiles as well as the Jews.  The example of Cornelius in Acts 10 verifies this.  Secondly, the gospel of salvation by grace had removed the distinction between Jew and Gentile.  Peter adds the important point that no one in history had been able to bear the burden of the law (vs. 10).


Once believers place themselves under any element of the Mosaic Law as relevant for their salvation, they have placed themselves under the burden of the whole law, and have made the grace offered by Jesus Christ of no effect. (See Galatians 3:10-13  and 5:1-4)


It should be added here that the miracles God performed through Paul and Barnabas were of great encouragement and excitement to the believers in Jerusalem.  The power of God is a necessary element in His service. (1 Thessalonians 1:5, 2 Timothy 3:5)


It would be good to note the purpose of Councils had some very good reasoning behind it.  Leaders of the faith as called and appointed in their lives by God were most likely to understand not only the best way to resolve issues relating to living out the Christian faith, but their word would have great authority as the church spread into new regions.  A council of godly leaders may be of great profit to the people of God
Acts 15:13-35 is the summary reasoning and determination of James in particular and the council as a whole.  James first makes the case from scripture that the spreading of the gospel to the Gentiles is in fulfillment of prophecy.  He specifically quotes Amos 9:11-12.
Beginning in verse 19, James refutes the need for circumcision among the Gentiles.  He then asks that new Gentile believers seek to follow four admonitions.  To avoid eating food sacrificed to idols, fornication, eating the blood of animals (or the animal with the blood in it) and from eating animals strangled.
These things seem like peculiar requests today, but the Lord had forbidden all of these things in the Old Testament for the good of His people.  Let’s be sure to make the distinction here with what James is saying.  He’s not saying these are new commandments, but these are four things that Gentile believers would do well to avoid. 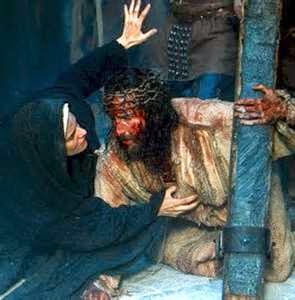 -         Fornication was a problem for Gentile converts because it was often a prescribed practice of pagan worship.  It had become so engrained in Gentile culture that it was a serious problem for new believers.  (Leviticus 18:6-23, 1 Corinthians 5:11, 6:9-10, etc.)
-         Food sacrificed to idols is mentioned because it was also commonly practiced among pagan religions.  Paul voiced concern over this issue because it could cause those weaker in their faith to stumble.  (1 Corinthians 8) It also was commonly used in pagan worship with the intent of encouraging the god or goddess to possess the one submitting the sacrifice.  1 Corinthians 10:20-28 and Revelation 2:12-17 reveal the general sense of this idea.  It was important to avoid eating food sacrificed to devils for reasons of public perception and for spiritual health.
-         The blood of animals and those that had been strangled to death have a similar connection to food sacrificed to devils.  This was forbidden by God going back to Genesis 9:4.  An animal that had been strangled is by definition one that died in its own blood.  As though the creature was “smothered” by its own blood.
There are two reasons for this referring to sinister pagan practices.  One practice of pagan religions was to take the blood of an animal and put it in bowl, offering it as a sacrifice to demons while the animal was consumed.  In this way, the offering was a type of shared communal meal with devils.
Another pagan practice was the belief that by consuming the blood of an animal or man, the one who partakes of the blood gains the power of the life/soul of the animal or man.  This is still practiced today among pagan cultures, especially by those steeped in witchcraft.  The scriptures strongly support the idea that the soul of a man is in the blood.
BLOOD, LIFE AND THE SOUL
The scripture describes man as a tri-partite being.  That is, mankind consists of a body of flesh, a soul and a spirit.  (Job 7:11, Isaiah 26:9, 1 Thessalonians 5:23, Hebrews 4:12)  It’s clear from the scriptures that spirit is separate from the flesh, yet there must exist some connection between spirit and flesh, that the spirit would remain within a man until death.  It would appear the most likely solution is that the soul is the point of intersection between body and spirit.
The term soul in the New Testament is translated from the Greek word psuche.  Modern English terms like psychology are derived from this word.  Psuche refers to the mind of man, the seat of the will.  It is the place where a person makes choices every day.  It is also the origin of emotional thought and feelings.  The Hebrew word for soul is nephesh.
If the soul is the connection between body and spirit, the soul must also have some place of connection within the human body.  While it would seem logical this place might be the brain or heart, the scriptures tell us something else. 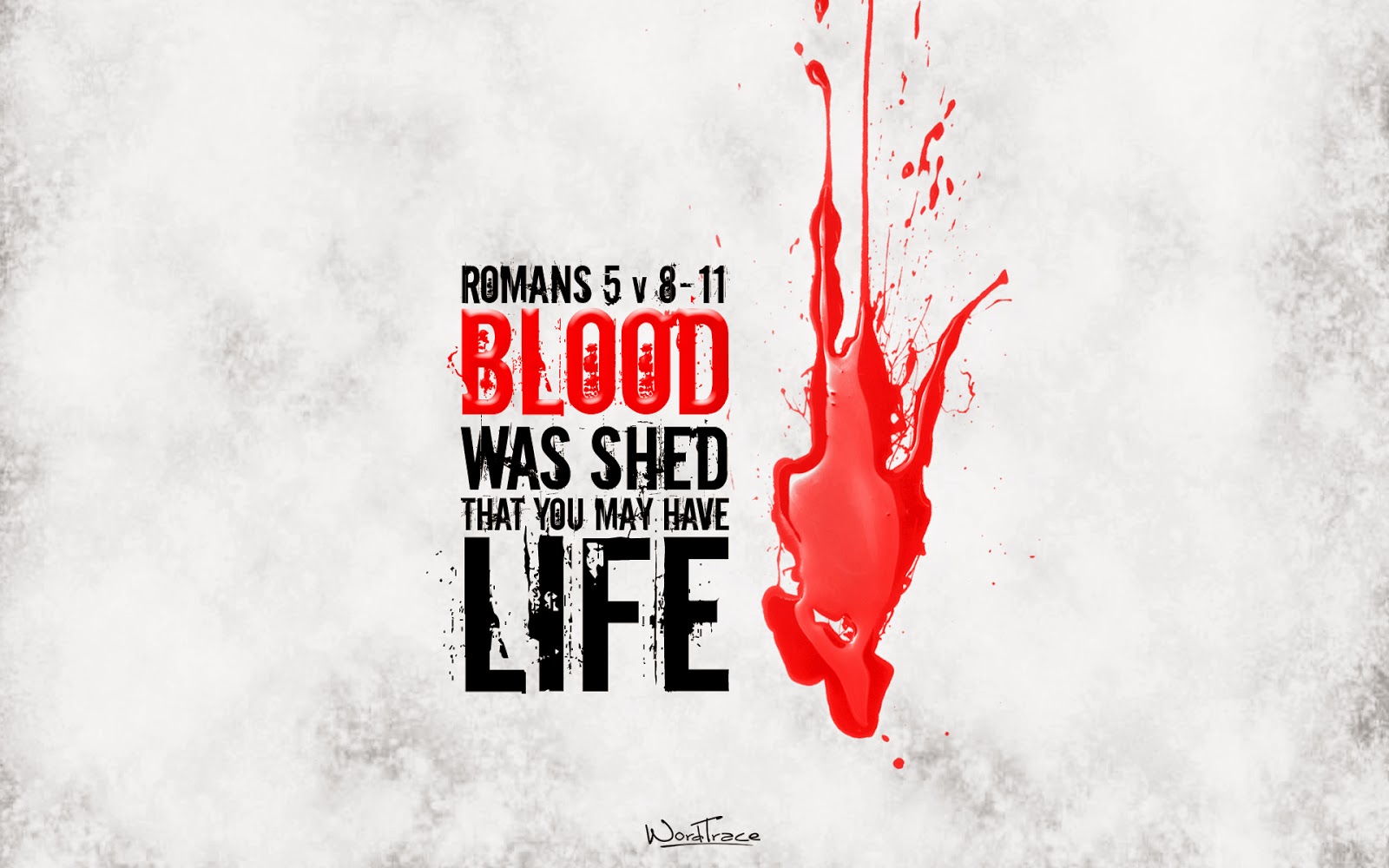 Leviticus 17:11 states “The life (nephesh) of the flesh is in the blood, and I have given it to you upon the altar to make an atonement for your souls (nephesh); for it is the blood that makes an atonement for your souls (nephesh).”
It is clear from this passage that the Hebrew term nephesh is synonymous for both the life of man and the soul.  Nephesh is the result of what happened when God breathed life into Adam in the Garden of Eden. (Genesis 2:7)
Deuteronomy 12:23 is even more specific.  “Only be sure that thou eat not the blood, for the blood is the life (nephesh), and thou mayest not eat the life with the flesh.”  Jesus’ parable in Luke 12:16-21 also demonstrates that life and soul are equated as being the same thing.  In the parable psuche is used to refer to the soul of the man who would forfeit his life that night, but soul and life are synonymous in this passage.
So this much is clear from the scripture.  The blood of a person is the life and the soul.  While this may be difficult to comprehend, it is stated quite plainly.  This explains why James felt it important to tell the Gentile converts not to eat the blood of an animal.  To do so was to partake of the soul of the animal that was sacrificed, a practice not just detestable to God in ideal, but one that in some way that is not fully clear to us at this time was detrimental to the souls of men.
That it was something more than simply an undesired ceremonial issue is evident from the commands of God in Leviticus and Deuteronomy and James and Paul’s statements in the New Testament.
Posted by Unknown at 2:27 AM