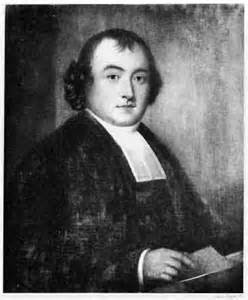 Thomas Charles of Bala is famed as a key organizer of the British and
Foreign Bible Society. However, his work was far more extensive than
that. Converted under the preaching of Daniel Rowland, he went on to
study at Oxford University and became a deacon in the Church of England
in 1778 and a priest in 1780. Although he had strong sympathies with the
Methodists, he never wished to leave the Church in which he was
ordained. Others drove him out.

231 years ago, on April 18, 1784, he was dismissed from his curacy
because of his Methodist sympathies and methods. This was actually a
blessing. Charles' wife was a competent business woman, so was able to
devote himself to evangelizing and educating in North Wales. He led a
revival there, instituted a large number of religious schools and
produced a good deal of religious material in the Welsh language,
including a Bible dictionary.Eventually pressure from the established
church forced him to declare his chapels places of non-conformist
worship. Up till then he had insisted on retaining Anglican forms and
ordaining preachers within the Church of England.

His efforts to print the Bible in Welsh were spurred by a stirring
incident. A teenager, Mary Jones, saved her money and walked 25 miles to
purchase a Bible. Charles had only one copy on hand, and it was promised
to someone else. He gave her that copy and appealed for backing to print
more.
Posted by Unknown at 12:55 AM